Last year, we had a big celebration for my nephew’s 1st birthday. We rented a hotel function, availed a complete package from a catering company (good for 70 people), ordered some personalized wooden baskets as souvenirs, had a photobooth, availed the services of a photographer and a videographer and so much more. It was an expensive party. On top of that, I even made some towel cupcakes as souvenirs and prepared a special candy buffet for my nephew. The theme of the party was Avengers. What can I say… it was great. 🙂 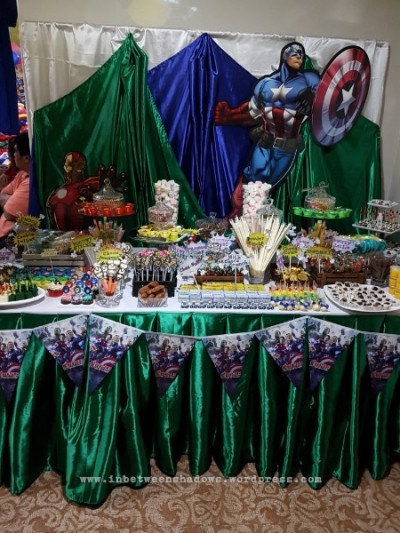 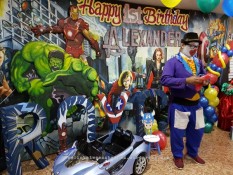 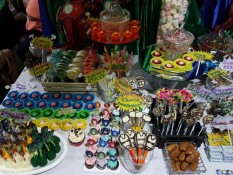 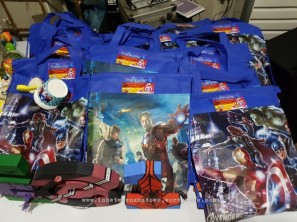 As great as the 1st birthday celebration was, we knew that it wouldn’t be practical to spend that much money every single year for a birthday party.

This year, my older brother actually thought of just celebrating his son’s 2nd birthday with the family when he realized how much it would cost him to organize a party that was similar to what we did last year. He said he will just spend about Php5000 – Php7000 for a simple dinner with the family (about 12 people) but I figured that with his budget, we could make it much more fun by having a Jollibee kiddie party instead. Me and my younger brother also helped out by adding a total of Php5000 to increase the budget.

Jollibee allows people to book their parties online, making it more convenient for everyone. Unfortunately, in our case, we were not able to book a party through their website because their “Jollibee Kids Party” link wasn’t working last February. We had to visit the branch (that we chose) to reserve our preferred date and time. My nephew’s birthday was last March 28 but since it fell on a weekday, my brother and my sister-in-law decided to do the party on a Saturday (April 1).

I went to Jollibee in February, filled up their reservation form, and made a deposit/down-payment of Php3000 to secure the date and time of the party. What you see in the photos above (*taken from Jollibee’s website) are exactly the same things that will be asked of you when you book directly at your chosen branch.

We were advised about the things that are allowed and not allowed at the party. For instance, bringing in magicians, clowns and the like are no longer permitted. I initially wanted to put up a candy buffet but I was told that it’s no longer allowed as well. On top of that, we were also informed that it’s okay for us to bring other party favors for as long as it doesn’t have any characters that are not Jollibee-related. As for food souvenirs/giveaways, they said it’s okay as long as guests don’t eat it at the party. Jollibee has become quite strict but I get why though. They just wanted to make sure that no one would blame them in case someone gets food poisoning by eating foods that are provided by other stores/companies. Plus, it was actually not bad that there were a lot of don’ts because it allowed us to stay within our original budget. 🙂

For my nephew’s party, we chose the following: 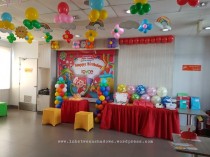 We chose the branch in Blue Bay Walk (Pasay City), which had just the right space to accommodate our guests (50 pax). Our party was scheduled at 1PM (until 3PM) but we got there late. We arrived around 1:10PM already but the crazy part was that the invited guests were all late as well. LOL! Filipino time, right? Haha!

Some of the guests arrived after 30 minutes while some arrived after 40 minutes. We wanted to extend the party time for another 30 minutes but we were told that they have another party scheduled at 4PM so they need to have ample time to clean and prepare for the next party. Luckily, the hosts of the party agreed to extend our party until 3:15PM. Yey! They were both really nice and they gave a great service at the party. We cannot thank them enough. 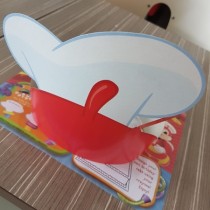 The photos above shows the party favors and the Mocha cake that were provided by Jollibee. Sadly, due to the lack of time, they were only able to squeeze two (2) games in the party so my brother and sister-in-law just ended up giving away the remaining game prizes to some of the guests.

Jollibee has a fixed program that they use to make sure that the party will run for only 2 hours. If the party starts late, the hosts will adjust the program accordingly. Since my nephew’s party officially started at around 1:40PM, they had no choice but to cut some parts of the program. Despite that though, the party was still so much fun.

The Jollibee Mascot was adorable during his dance number. He also roamed around so that we could take a picture of him together with the guests. My nephew seemed to like him too. 🙂 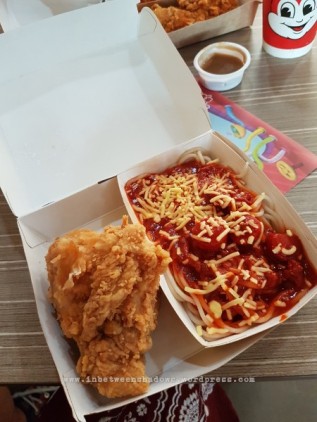 Apart from the food package that we chose for the party, we decided to add a few orders of large fries because when it comes to french fries, more is more. 🙂

For our souvenirs/giveaways, I decided to make a Jollibee logo using some white chocolate, dark chocolate and food coloring. I made about 40 pieces and what I can tell you is that it took me hours and several days to finish everything. I couldn’t do all of it in one day because although it was relatively easy to make, it was certainly difficult to make 40 pieces of the same thing. The tags I used were designed and printed by my older brother.

The funny thing about this is that there were some guests who actually thought that the souvenirs were from Jollibee. Even the hosts at the party loved it. That made me really happy.

Apart from the souvenir Jollibee logo, I also made 2 chocolate creations (posted above). In the first photo where Jollibee was on top of a cupcake, I used white chocolate, milk chocolate, dark chocolate and several food coloring. I also used the same ingredients in the second photo. I picked a picture of my nephew that I like, printed it, then I placed a wax paper on top of it so that I could trace the outline. It took time to finish but I’d say it was well worth my time and energy. 🙂

There are many ways to save money on kiddie parties and you can even do it at home and cook your own food to make it more affordable. However, if you are looking for something extra special and one that you know for sure your kids will enjoy, I would totally recommend Jollibee. It’s a good value for your money and the best part about it is that kids love Jollibee. They just do. 🙂